Last night, That! Company hosted their annual That! Haunted House Halloween fundraiser. This year, roughly 50-60 people attended, with proceeds going to Red for Ed. Red for Ed is an annual initiative jointly launched by That! Company and the Lake County Educational Foundation, to provide needed school supplies to underprivileged children in the Lake County Public School system. For more on this worthwhile cause, visit Red for Ed.

The That! Haunted House tradition began as a morale building exercise after we moved into our second building. Our CEO, Kenwanted a festive atmosphere in the new building, and challenged the employees to decorate the office for Halloween. He made the mistake of creating a competition between the departments. As some of you may know, we have a very competitive, very creative group of people here. Ken unleashed a monster. That year, the decorations were pretty impressive, but the PPC department went beyond merely decorating, and created a scare zone. Our CFO, Tina, screamed out loud. The PPC department rejoiced. They won the prize that year (lunch and a scary animatronic creature) and the bar had been set.

Over the years, the decoration contest became a haunted house contest. Employees invited family and friends for a good scare and to admire their handiwork. One year, the Sales department staged a car accident scene that literally made a kid cry. We realized that we had something good enough, and terrifying enough for public consumption. Two years ago, That! Company turned That! Haunted House into a charity event. Local non-profits sold tickets, and raised a few hundred dollars for their respective charities. Whether it was Patient Zero with the Ebola crisis, the zombie outbreak and need to “save the antidote,” operating on a still-conscious child, the grumpy old man with the chain saw, or the post-apocalyptic nightmare that followed it all, there were plenty of scares.

Now in our new building and permanent home, the That! Company haunted house has taken on a whole new level of commitment…and scariness. We have far more space than before, with many more small offices for staging. The building also gives us the option to create fake walls, special fog zones, and specialized lighting. Many of the wall coverings have been customized to fit the building for repeat use. We also have more animatronic scares than ever before. By most accounts, 2016 was the biggest and scariest That! Haunted House yet. This year’s loose theme was evil clowns, the undead and other office surprises. By all accounts, the abduction of the little girl and turning her into a Jack-in-the-Box was one of the best terror sensations we have ever done. We will let the pictures speak for themselves.

We would love to have you join us next year for the scariest charity haunted house you will ever go to. Happy Halloween, everybody! 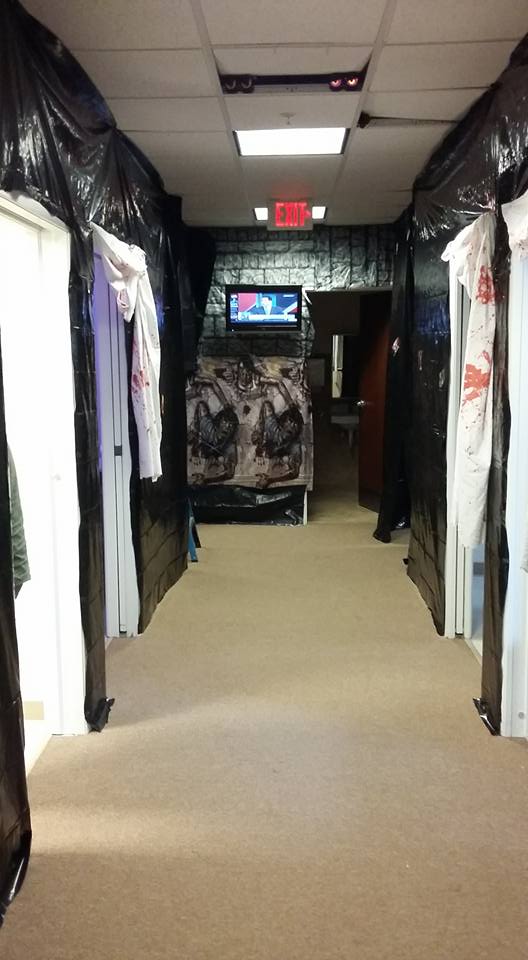 Newsflash Posted on October 28, 2016
ShareTweet
Listen to our CEO’s podcast “The Daily Drive” to stay driven and get great business insights from top business leaders. – Are you ready to scale your agency with a quality white label SEO, white label PPC, or white label social media provider?