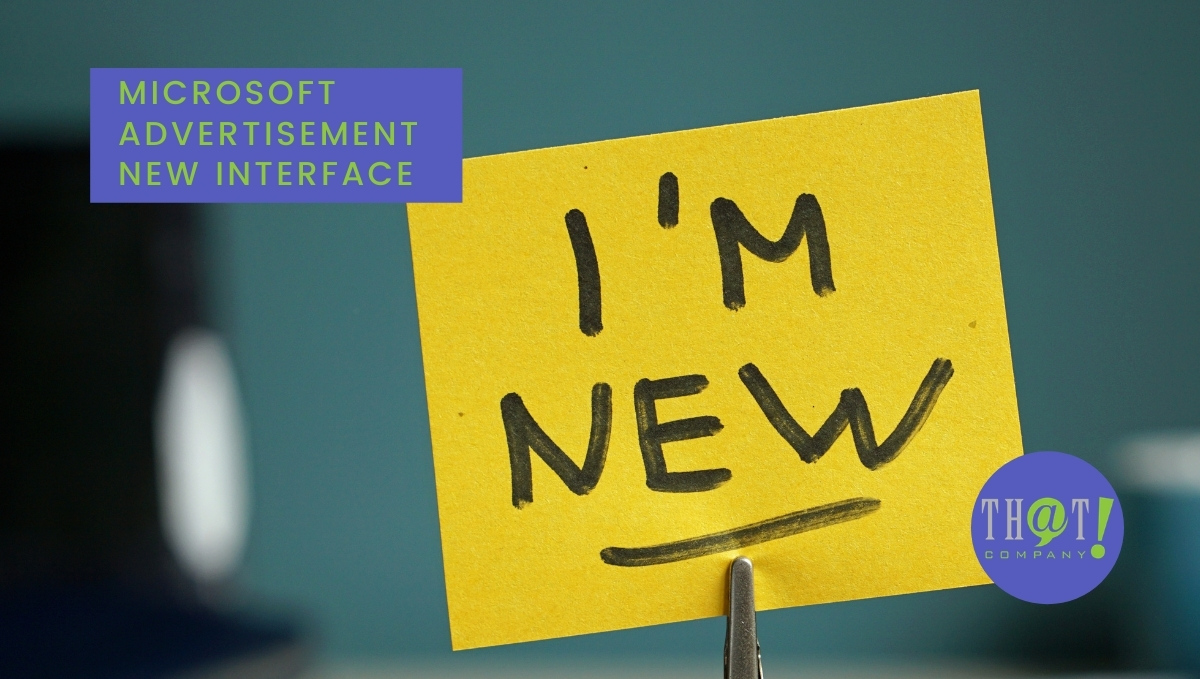 Here in recent days Microsoft Advertisements formerly known as Bing Advertisements has rolled out a pretty significant change to their paid advertising platform. They have had a complete overhaul of the interface. For years now we have known that Bing has attempted to mimic the functions and capabilities of Google Ads. And for the most part, they have done pretty well at accomplishing that. As Google rolled out new changes over the years, you could almost bet that Bing was not far behind when it came to the functionality of their paid advertising platform. This also applies to the good and the bad changes that have taken place through time. Their most recent change follows suit with that.

A little over a year ago now, Google made a huge change to their paid advertising platform now known as Google Ads (formerly known as Google Adwords), which stirred up some bad reviews and comments from users as the rollout was a complete 180 of what the former platform was. Well now that it has been a little over a year since Google’s huge interface change. Microsoft Advertisements (or Bing Advertisements) has now made the same huge change to their paid advertising platform interface. The change pretty much mimics what Google has on its platform as far as functionality.

Was This A Good Change In Advertisers Opinion? Although the new goals of some of these top tech companies make us question just what their intentions are. They continue to make these changes which all but pull the rug out from under advertisers’ feet. When you look at the changes that Google has made and look at the overall goal of what it appears that Google is trying to accomplish, one can say or think that they do now have the best interest of the advertiser in mind.

What are their intentions?

Many of the changes can be questioned or argued that they are only for Google’s benefit. It can also be argued that their intentions far more benefit Google than benefitting the end advertiser. When you look at many of the new default settings, and the way Google urges its users to use their AI and automated systems that are now in place, you can almost see that the new platform change purely caters to that as being the goal of Google. Now as we mention what Google’s new platform is all about and what intentions it looks like they are pushing forward too. We can also associate that with Microsoft Advertisements’ new platform change as they have appeared to follow Google’s lead on this platform change.

When it comes to ease of use of an advertising platform, the end-user is usually considered when it comes right down to in Click To Tweet.

It can be discussed that these big tech companies that so many advertisers rely on have a one-sided agenda. This is especially true when it comes to the result of how these important advertising platforms operate and benefits the most. So you can weigh in on these changes and post your opinions on plenty of forums and blogs.

The only consistent thing about digital marketing is that it is always changing. If you want an agency that is always up to date on the latest trends, you should learn what is white label PPC management and consider working with us.

Is The Microsoft Advertisements New Platform Change Easier To Use Than The Old Bing Ads Platform? We can say that this is a matter of opinion when it comes to the end-user of each platform. All platforms create default settings that are often missed. This can make the ease of use can often go away. As Microsoft Advertisements typically followed Google’s platform in functionality, as soon as Google made their very complicated change, it seemed that Microsoft Advertisements would then have one of the single most easy-to-use platforms while Google complicated theirs with such huge changes.

Microsoft Advertisements basically had a carbon copy of Google’s previous platform. Many can argue was one of the easier platforms to use as far as accomplishing the goals advertiser that put their money into it. The goals were clear as to who they benefitted, the functions were set up for the user, and there was a limited amount of AI or automatic function that the user did not know how it functioned.

This type of platform is liked by online paid advertisers because they are basically clear cut, and the ease of use is there each and every day. But, with the introduction of AI by Google and Google clearly wanting to take over full control of every one of their user’s advertising accounts, many advertisers are now starting to recognize how these new changes are affecting them, and even advertising agencies who manage much advertising accounts for their clients.

Who is in control?

And from what it looks like to us, Microsoft is continuing to follow in Google’s footsteps of automation. They will eventually try to fully take over how advertisers advertise on their platforms. So while Microsoft Advertisements did have one of the easier-to-use online paid advertising platforms after following in Google’s footsteps for so many years, they have quickly complicated that opinion by making their platform just as complicated as Google’s new platform.

So if it has been a while since you have used Bing Ads, which is now called Microsoft Ads, just be ready to be baffled by a platform that is not used to using. Unless you have been using the new Google Ads platform for a little over a year now, you may have some trouble getting used to where all of the functions you are used to seeing are located within the platform. There are hidden areas of the platform that many paid advertisers have not quite gotten used to because they are not right out in front as they use to be.

To really understand why these changes are important, you should read up on how Microsoft ads can get you to your goals faster. That will give a more in-depth look into the importance and benefits of Microsoft advertising.

Interested in using our white label for your PPC needs?- Schedule a Meeting However, if you are one of those who have had to go through the struggle and learning of the Google Ads platform after they rolled out their change, you may stand a better chance of finding what functions you are looking for in regards to the Microsoft Advertisements platform and their new changes. There are even those who have been using the new Google Ads platform that is still having a problem with the ease of use of the system because of the impact of all of the changes that took place which was so different from the years and years of functions the system had.

Need help with your PPC campaigns? Feel free to consider using our white label services for your digital marketing needs. And make sure to contact us and let us know what you thought of the article!