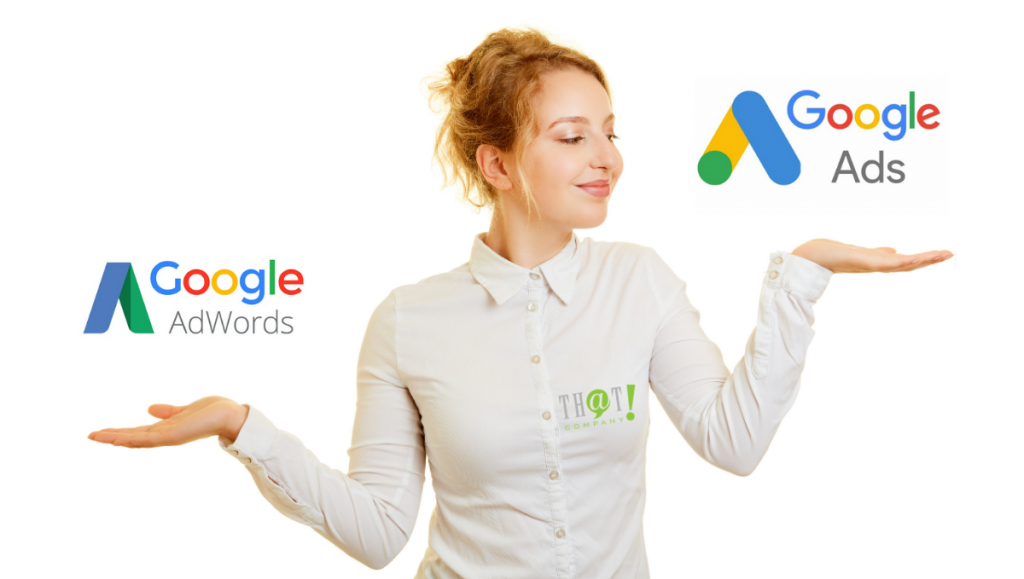 Not only has there been a name change that not everyone was expecting, but Google’s advertising platform also had a major platform interface change that was beyond what anyone thought would happen. From what was one of the easiest advertising platforms to use and navigate, it ended up being a huge change that left many long time Google advertisers scratching their heads on why Google would have taken such a drastic turn for the worst. So in this write up we’ll go over some of the differences in the new Google Ads platform versus the now-archaic Google AdWords.

Was the Changing of Google Ads Platform Good for Google, or the Advertiser?

When we look at the changes that Google has implemented and made throughout this major step in its advertising platform, one could ask themself “what was Google doing”? The change to the platform left a lot of advertisers scratching their heads and it was not without reason either, the platform change literally did a 180 from what the long-standing Google AdWords interface was prior. The change was so drastic and Google advertisers were caught so off guard that while Google had the change in progress, they also left the option to toggle from the new platform to the old platform. The Google customer support must have also given some serious feedback regarding complaints from advertisers not being able to navigate around the new interface and needing to spend large amounts of time speaking with advertisers on where to find certain aspects of the new interface. You would think that Google would have expected such feedback from all of the loyal advertisers who have helped Google along the way to make the user interface as easy as possible. It would almost seem like Google all but turned their backs on all of those who helped Google build the platform that everyone loved and relied on for their business advertising.

The reality hit Google with all of the complaints on blogs, forums, and many social media management platforms to the point where Google decided to include a pop up of a brief questionnaire as well as a star rating of when advertisers thought of the new platform change. In fact, up until this day, Google still has that same questionnaire and star rating constantly asking Google advertisers just how they like the system and the ease of use they find in using the interface and platform. So it is pretty safe to say that Google is still hearing feedback from advertisers on how they feel about the new platform and the change that sent long-time users in a tailspin so to speak.

Was Google Trying to Let the Advertisers Know What They Wanted to Accomplish by Changing the User Experience?

There have been many theories floating around on what Google may have been thinking by making such a huge change to the reliable and so much easier to use interface that everyone enjoyed using for so many great years of their Google advertising. Pretty close to the same time frame that the interface was beginning to change, Google was starting to make a very hard push on the ability of their new AI (artificial intelligence) within the advertising platform. Since that time Google has been all but forcing PPC management from certified professionals to incorporate their AI system to basically take over their advertising for them on autopilot. Why would Google be pushing advertisers to use their AI system you might ask yourself? When you look at who this would actually be more beneficial to, you may have a much clearer picture of what all of these big Google platform and Google advertising name change had in mind. Of course, Google and their team try over and over to push that their brand new AI system will make it easier for advertisers to accomplish their goals, get them as many clicks as possible, and control however much their budget is with so much ease.

This may sound good and a sweet deal to someone who maybe does not know any better and falls into the hype of what Google is telling them. But for more advanced advertisers, there is a whole other story that can be told as to what Google is trying to accomplish with all of these changes that just so happened to pop up around the same time.

Were These Recent Changes A Sign of What Google Had Plans For? Google’s AI system sounds all nice and fluffy the way Google pitches it and makes everyone feel all warm and fuzzy. But what does this really mean to the end-user of their AI system when it is all said and done?  This is basically like the end-user giving Google their credit card and telling Google to spend their money on however they want. Not only is this literally handing over a credit card to Google, but in Google’s eyes, the end-user is basically Google’s very own ATM. This gives Google full control over how much they spend, how often they spend, how fast they spend, all while making it look and sound like Google is does the end-user a favor by taking the controls out of their hands.

Another theory that has been floating around was, did Google make the interface harder to use because they wanted to force the end-user to have to use their AI system? When you take a step back and look at the events and timelines of how these changes came about and how fast the push for the AI system to be used, it can become pretty clear what the intention of Google really was.

Learn the Reason Google Wants Advertisers to Use Their AI System

Until this day Google is constantly bombarding their end-users with reasons and urges of why advertisers would need to use their Google AI system to take over their advertising efforts. Google sends emails to its advertisers, they have their customer support call their advertisers, and they even have a “health” rating within users’ accounts to make users think that their efforts are not up to Google’s AI standards and that their AI could so much better. So if you are a Google advertiser, and it does not matter how long you have been, you may want to ask yourself who actually benefits from what Google has done with their interface and platform as well as the introduction and push of their AI system. I am sure that for some advertisers this may be a good option for them, but for anyone who knows what is really happening, it will be clear to them the advantages of control when it comes to your money and results that come out of it.